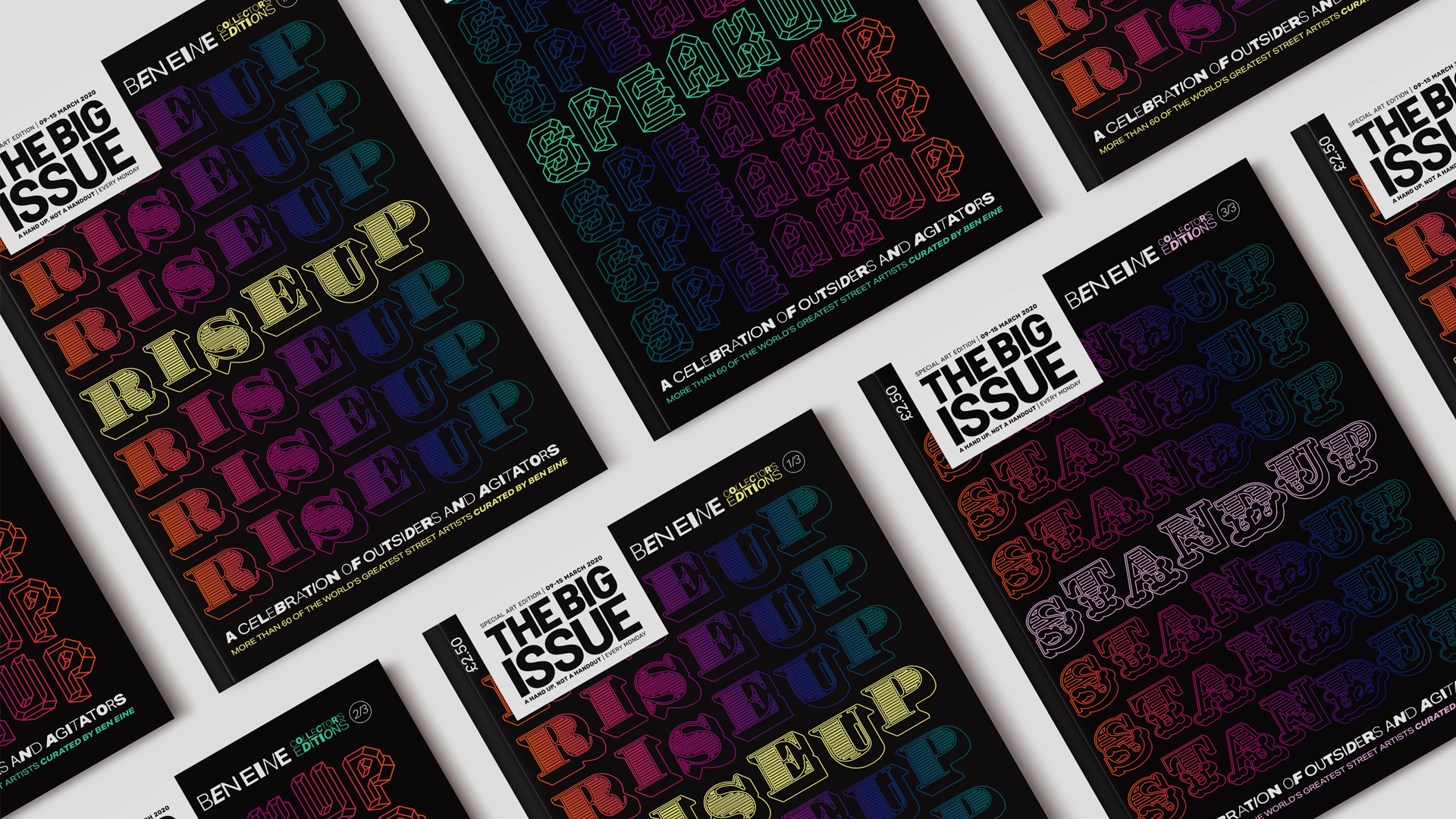 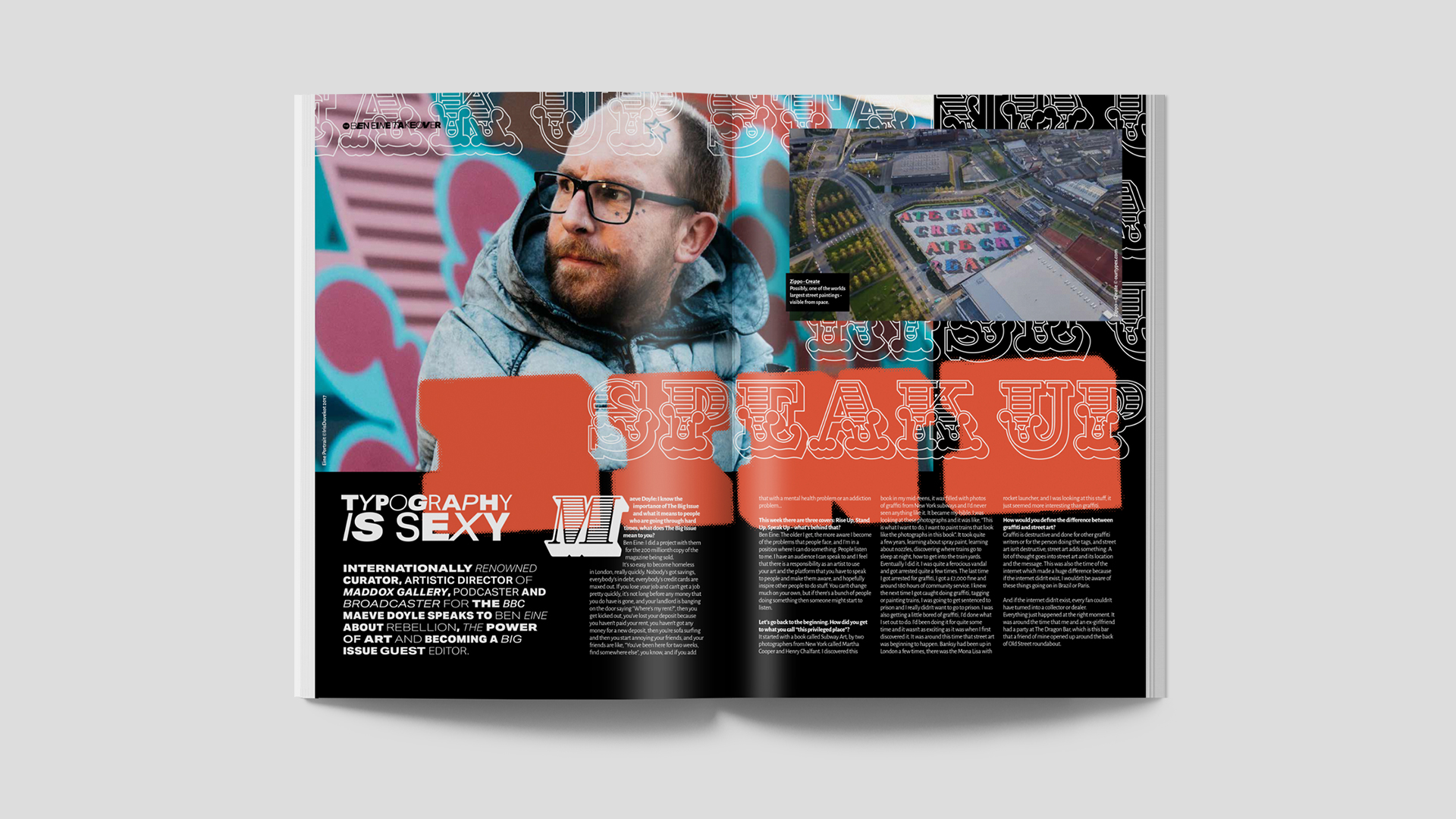 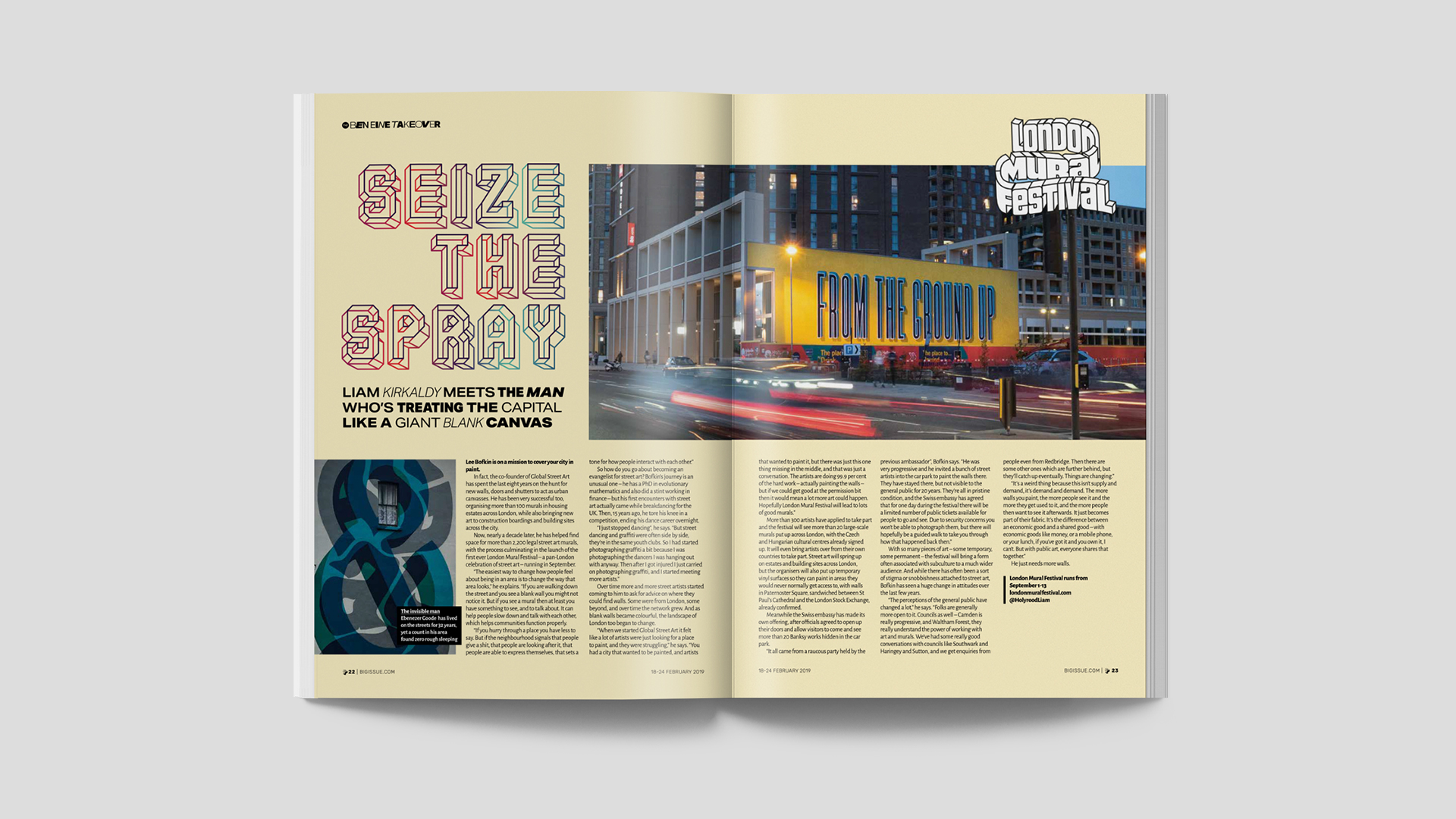 Street artists from all around the world have put their stamp on The Big Issue as we launch a special edition with guest editor and celebrated London artist Ben Eine.

“Getting the iconic street artist on board for the Art Special was a no-brainer,” according to Big Issue editor Paul McNamee who called Eine “a one-off”

Eine and Ourtypes have created three very special – and hugely collectable – front covers on the theme of UP, to coincide with the Big Issue mantra of ‘a hand up, not a hand out’. As well as curating the majority of the the art features through out the Magazine.

Each eye-catching cover carries a version of his signature typography and will be available in a small run of limited edition prints – with a percentage of sales going directly to The Big Issue to support the fight against poverty.